It has been awhile since I have posted, and today Victoria has asked us to write something humorous. I took a cue from Bjorn and tried my hand at writing an anapestic tetrameter...not as well done as his, however, as it is one of his specialties. Read more over at submissions over at dversepoets.com.  I fudged a little, I think, by adding two lines,


In the morning at Lone lake, the three launched the boat 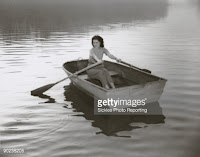 with their poles to catch fish for an early dinner
Derell helped Judy step inside most gingerly
Harold slipped a slim pint of moonshine in his coat
Judy rowed as they passed the bottle back and forth
The men laughed to see her soused, stupid tipsy elves
In the middle, twice as drunk, she turned the boat north
One last swig, up she stood, rocked the men overboard
It was her turn to roar as she picked up the oars,
left the men to be fished out of the lake themselves

Meant for a previous prompt for dverse.com....Bjorn asked us to write about hieroglyphs..he had posted several.

Lines and curves drawn,
dots and curlicues,
markings in colors of clay;
drawings embedded in
star-studded terrain
of rock and petrified wood
Stories writ of love and war,
survival understood.
Commandments
carved in stone;
a hunting party,
people in quest
of their own destiny
The desire to communicate- 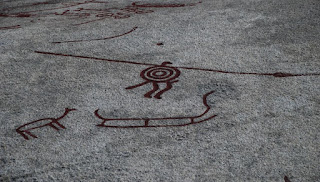 writings, no less,
of a way of living -
to be discovered
at a future age,
figures swimming, fighting,
signs of the times,,

Language from the past,
when hands whispered words and
pictures,
what was dreamed about
back then
- hope shouted out loud
Scribbles translated,
messages of life and death,
culture and laws,
maps to universal truths