dversepoets.com
The challenge today is to write using futurism and onomatopoeia in expressing our anger about what we want changed in the world. The main idea is to use tyopography and expletives for interest and emphasis...a bit difficult for me. 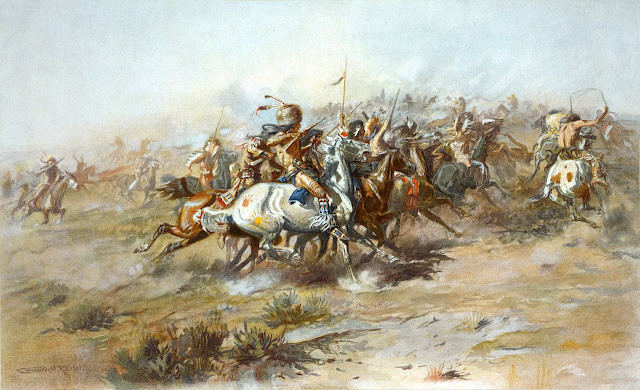 At dawn, a warble
or cock-a-doodle-doo
The screech of a night owl,
a whoo-whooo...
Nightly thumpety-thumps
of coyote or deer stealing nearby,
splish-splashes of men fishing,
soft whispers between women working
For hundreds of years the indigenous
knew nature's sounds
Smoke signals reigned as mass media
Life was hard but peaceful -
before the bitter, bloody battles
when the white man came to town,
before the murder of Sitting Bull,
before progress and
the Dakota Access Pipeline

Escalating winds
carried echoes of angry men
Standing Rock Sioux filed law suits
"Freedom means safe water,
keeping our sacred land!"
"Halt this building of the pipeline!!
..they proclaimed,
Promises broken,
sacred land desecrated,
not to mention more land and gold
taken from "them thar Black Hills!!"
and building a daunting dam where
once were only sharp chicken scratches
and ancient petriglifs
"This stinks!!" locals yelled
Everyday life now,
interrupted by out-of-towners -
the clip-clop of horse's hooves,
the crunching of boots in dirt and rocks
silenced by traffic tie-ups, "HONK, HONK!!"
Police came from out of state;
helicopters whirred in
"They keep upping the ante!"
exclaim the supporting tribes
Tensions mount on both sides

It's not just the fish sizzling in the pan!
Fake photos and lies posted on social media;
"It's a dog and pony show!!"
Phffffst - pepper spray and ZING -
painful tazers
"There's going to be a battle!!"
Jesse says:
"It's environmental racism
at it's worst!"
"Little time to react if there is a leak,"
say the Sioux
Preserving their history
has been scissored and ground between
millstones of greed and corruption,
The Sioux are not on the warpath
(stereotypical bullshit)  yet,
but it could come to that - 
only by standing up for their right
to clean, safe water

Lunch with Metallica ..not what you think..

Midmorning sun slants
through the dusty window pane
onto a red tableclothed table
I'm drawn to sit there
for the garden view outside
Water served in a corked bottle,
white napkin, "Let it Be" on the CD

A cup of green tea
served steaming in front of me,
a slice of  warm loganberry pie,
two dollops of vanilla ice cream
sandwiched between buttery crusts
Against the barn wall,
dusty pink roses still blooming

Outside, two dragonflies
dance up to the glass,
agile movers between sun and leafy
shadows, jewels blinding me
Teal sequined bodies shimmer, 
Darting back and forth,
Anisoptera wings maneuver into
a holding pattern


Finding me,
emerald eyes seem intent on
studying me,lingering curiously, hovering,
Mermaid-like, their iridescence dazzles me
Earthmates, we commune for an instant
Then, they dash away across
the mirrored pond 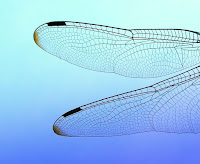 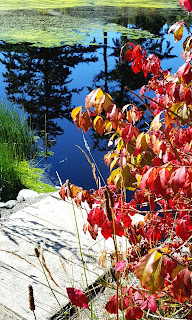 It is Open Link Night and I am posting what was supposed to be for another prompt. See what others are writing about by visiting dverse.com
Posted by Kathy Reed at 7:41 AM 14 comments: