Today is Saturday
the cat is gray....
the rain won't go away, 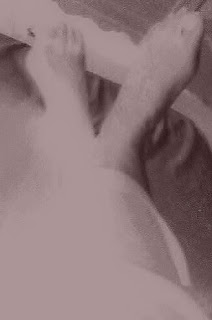 I can't sit still, my legs are on a mission
my neck finds no comfortable position
Scratching my calf..my legs stiffen
..TAKE A PILL
before it's too late....
the misery of faraway reaching
..that still
does not scratch that delicious spot..
won't abate
Restless, sleepless
it helps to sway
they say it's a nerve condition
cannot exercise it away
invisible..treated with skepticism

People mock sardonically
I toss and turn all night...
...kicking involuntarily
having to move, I rub my knees

It's Open Link Night at  dversepoets.com :

I wrote this in the middle of a Restless Leg Syndrome episode..I understand if you should  laugh, but it is a real condition I've had for several years now.  Fibromyalgia and Chronic Fatigue Syndrome were once thought to be fabrications or misdiagnoses, even hallucinatory.. and so it is with RLS.  Since the G Nome has been isolated, more diseases as well are being understood.  We now know this is can be treated with a derivative of a drug used to treat Parkinson's Disease, and I don't know what I would do without it as it allows me to sleep.  The same is true for varied uses of anti-convulsive medicines..they have a variety of helpful uses.. other than the obvious.  Education is always helpful.  There are much worse things, but this can interfere, although distraction from pain can help.  The controversy lies in the source of the syndrome.  Thanks in advance for reading;)